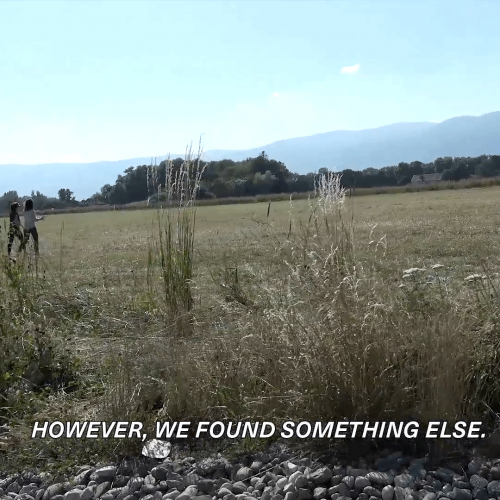 Within the 2017 festival, Anna Rispoli has been invited by the far° to create a new piece in dialogue with the title nos futurs (‘Our Times’). According to her artistic practice, she proposes the project Quatre hectares (‘Four Hectares’) with Britt Hatzius that involves children from Nyon. For this creation, the two artists have examined a particular place in the north of the city. Based on the specificity of a field marking a limit between urban and rural zones, they have developed a docu-fiction on the mechanisms of the land market in the Canton of Vaud. Invested by the young people of Nyon, the field becomes a playground, a site in which a variety of urban planning scenarios can be played out. Through interviews with Anna Rispoli, follow the work in progress of Quatre hectares, that will be presented on August 18 an 19.