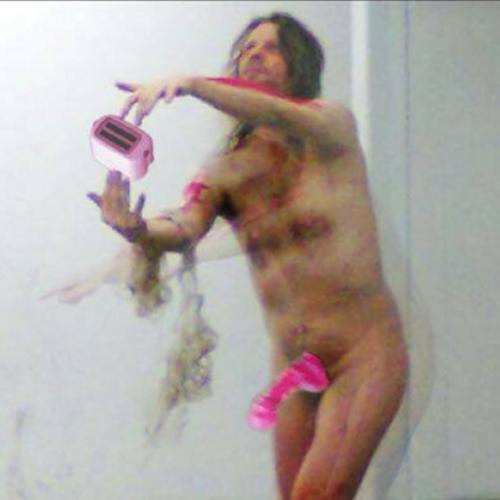 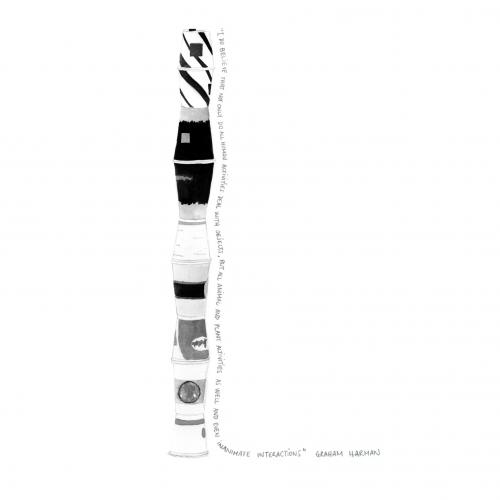 “Seven years ago, a journey started. An adventure taken up to study the secret life of objects. Does the texture of time transform through living in close proximity with objects; not as tools or souvenirs, not as pets or substitutes for loved ones, but as objects, just objects? There’s more to it than that performativity, it’s just grown a little shy, lately. Objects withdraw. As one grows older, one’s future decreases, second by second. At some point, the past catches up with one’s future. To live with the experience that one’s future lies behind is to cope with loneliness. Digital Technology is a meditation in the company of objects, a feed of impressions that comes to an end and there we are and it’s nothing special, ok?” – Mårten Spångberg.

balise 02 – friday august 11th, 08:30 pm and after the performance, cour de l'Usine
meeting and discussion (in french) about Digital Technology

about the artist : Mårten Spångberg is an artist that however always identified as a choreographer has operated over disciplines. He was educated as a musician and has a background in writing and criticism but has as a professional artist always had stronger affiliations with the visual art field than with dance and performance. His work has since the early 2000 been shown world wide and he has collaborated with choreographers with strong connections to visual art such as Xavier Le Roy and Tino Sehgal. In collaboration with the architect Tor Lindstrand he has worked as International Festival between 2003 – 2010, with activities mostly in architecture and visual art contexts. With International Festival they produced projects for Tate Liverpool, Venice Biennale for Architecture, Performa, Tensta Konsthall, Witte De With, Haus der Kulturen Der Welt, Van Abbe Museum, Gothenburg Kunsthalle and many more places. In 2010 Mårten Spångberg created “Production” together with Xavier Le Roy for Move curated by Stefanie Ronsenthal, for Hayward Gallery, Haus der Kunst and K20 Dusseldorf. In 2011 Spångberg published his first book which brought him to New York where he started a close collaboration with MoMA PS1 that commissioned first a small solo exhibition in the form of talks and a large scale performance that opened in January 2014 and thereafter has been exhibited/shows in Moderna Museum (Stockholm), Palais de Tokyo (Paris) and in numerous festivals and season programs. His recent works are The Internet (2015), La Substance, but in English (2015), Natten (2016), Digital Tehnology (2016), et Gerhard Richter, une pièce pour le théâtre (2017). Mårten Spångberg is associated artist at Black Box Teater, Oslo.