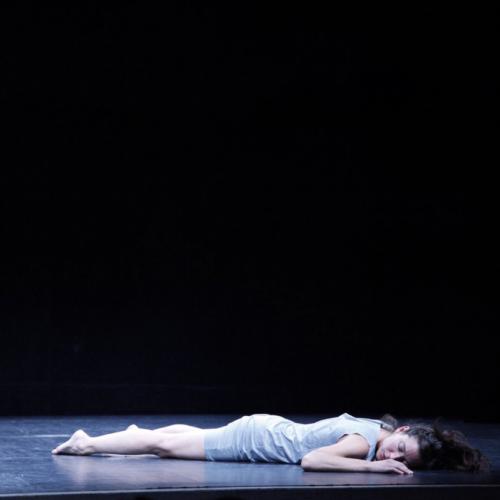 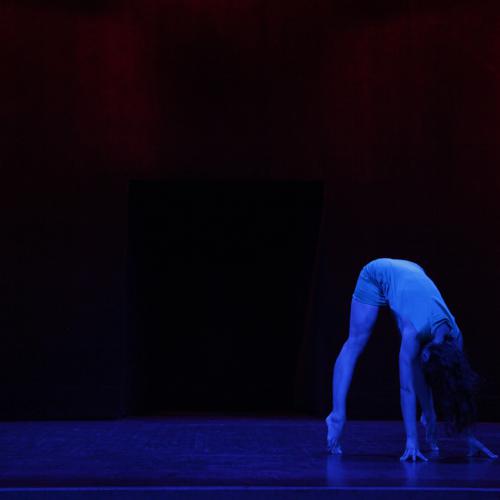 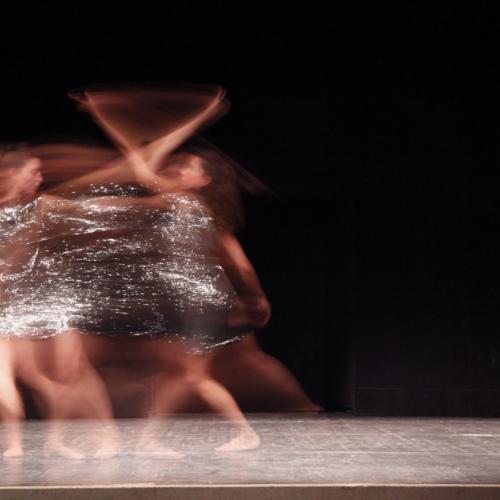 The Exit project is based on the following question: In a traditional theatre setting, calling on all available means (lights, sound, movement, text, images, set design), what is the impact on the audience’s sensory perception? How does one address consciousness and unconsciousness? In parallel to this thought process, Alix Eynaudi and Kris Verdonck have spoken with sleep specialists, hypnotisers and neurologists involved in brain research. Their conclusion is final: Sleep is vital to our understanding of the world that surrounds us. As it examines the impact of the theatre setting, Exit might also be revealing the mechanics of an unsuspected subversive act.

about the artists : Alix Eynaudi was trained as a ballet dancer in the Opéra of Paris. She  worked in various ballet companies before entering PARTS when the school first opened. In 1996, Alix joined Anne-Teresa De Keersmaeker’s company Rosas where she worked for 7 years. Since 2005 Alix has been creating her own pieces: Crystalll, in collaboration with Alice Chauchat (2005), Supernaturel (2007), Long Long Short Long Short (2009), in collaboration with Agata Maszkiewicz. In 2011, she leads, together with Kris Verdonck, a research on the benefits of sleep and rest, which will turn into Exit (2011), a solo in which she puts the audience to sleep. In 2012, she creates Monique, a dance duet with Mark Lorimer, which finds its inspiration in bondage. In 2015 she premieres a group piece, Edelweiss, a danced rebus that oscillates between abstract and figurative art. She is currently developing the new choreographic project Chesterfield, which will bring dance, a book and leather into coexistence. // Kris Verdonck studied visual arts, architecture and theatre and this training is evident in his work. His creations are positioned in the transit zone between visual arts and theatre, between installation and performance, between dance and architecture. As a theatre maker and visual artist, he can look back over a wide variety of projects.