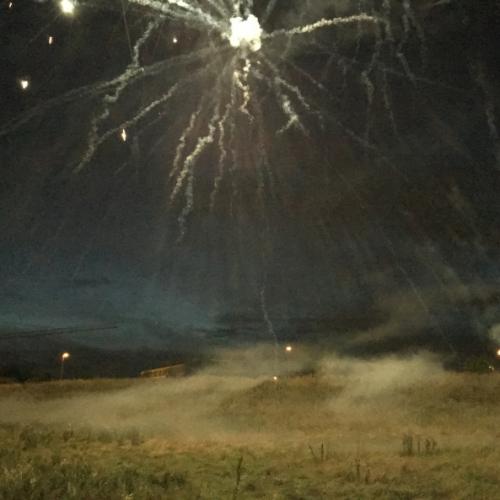 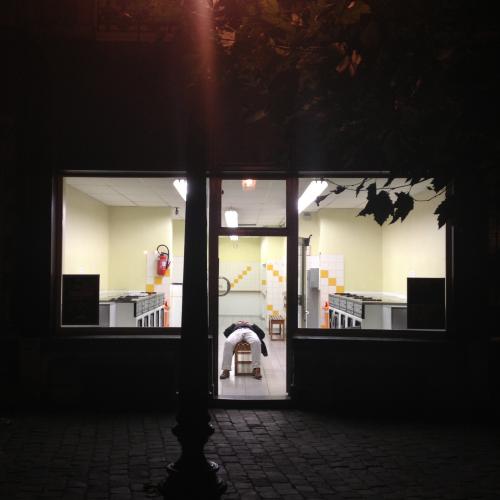 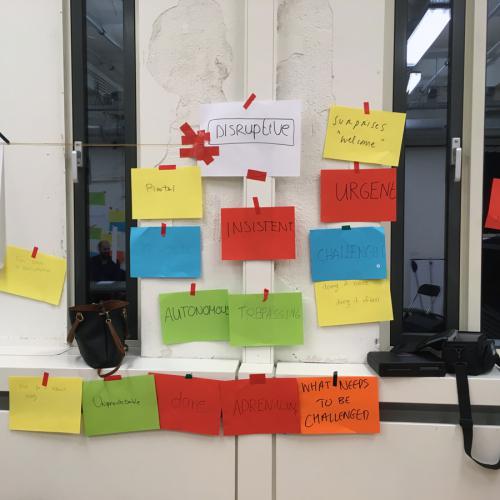 duration : approx. 240'
La chose (‘The Thing’) consists of 4 episodes that must be fully attended in order, over 4 days. Each episode brings together a group of 8 to 12 people who then execute the performance-workshop independently with the help of an automated kit that includes video projections, soundtracks, mural frescoes and pieces of paper.

At a time when mutual distrust is growing, where social inequality and environmental damage have reached critical proportions, why are we so slow to react? Ant Hampton and Christophe Meierhans share an intuition that the limits we impose upon ourselves are not always legitimate and, more importantly, that art may provide a fruitful platform for action. La chose (‘The Thing’) generates possibilities in response to this feeling of helplessness by introducing an inspiring and creative method for breaking away from the normal pattern of life. Combining the properties of a performance with those of a workshop, La chose creates optimal conditions for one to embody a different version of oneself, to both surpass oneself and to engage in the world and grasp it differently.

about the artists : Ant Hampton (born in 1975) made his first show in 1998 under the name Rotozaza, a performance-based project which ended up spanning theatre, installation, intervention and writing-based works. His work, though varied in tone and content, has consistently played with a tension between liveness and automation, especially through the delivery of instructions to unrehearsed guest performers, or more recently to the audience themselves (“Autoteatro”). Rotozaza became a partnership with Silvia Mercuriali, and ended in 2009 after their last production Etiquette, which was also the first Autoteatro work. Since then Ant Hampton has worked with Glen Neath, Joji Koyama, Isambard Khroustaliov (Sam Britton), Tim Etchells, Gert-Jan Stam, Britt Hatzius and Christophe Meierhans to create the works listed here which continue to tour internationally - over 50 different language versions exist of the various Autoteatro productions created so far. // Christophe Meierhans (born in 1977) started out as a composer but works in a wide variety of media. He has previously appeared at Kaaitheater with much talked-about productions like Some use for your broken clay pots (2014), in which he presented a new form of democratic regime, and Verein zur Aufhebung des Notwendigen – A hundred wars to world peace (2015) – an exercise in anarchy through cooking. Christophe experiments with participation and the politicisation of ostensibly ordinary acts. From 2017 to 2021 Christophe Meierhans is artist in residence at Kaaitheater Brussels.