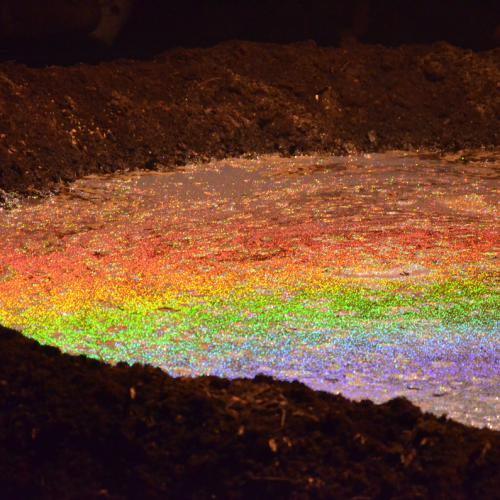 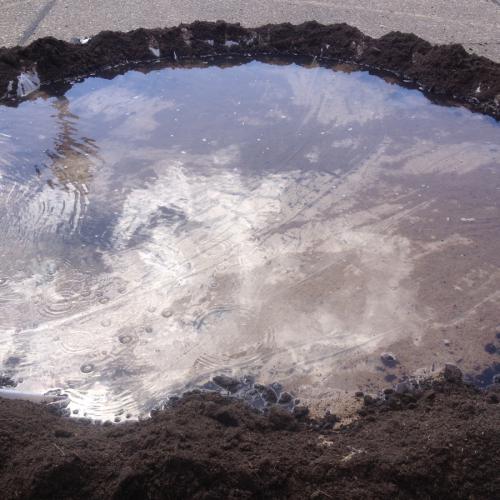 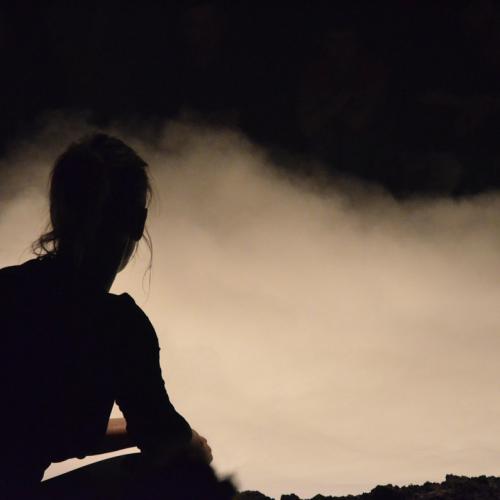 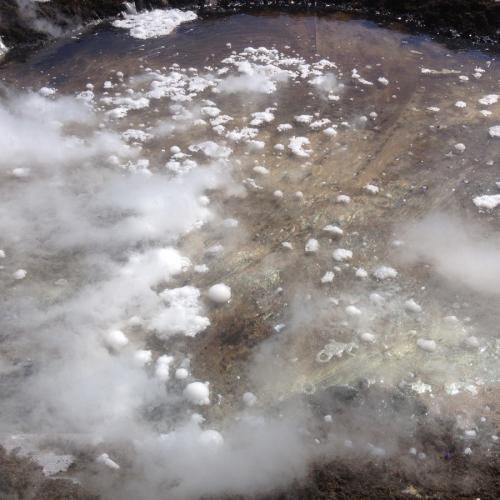 Vibratos is the latest stage in a vast project developed by Gwendoline Robin, Agua, which combines water and air. Although some theories claim that comets could have brought water to Earth, its true origin remains an enigma. We do know however that men and women worshipped it in ancient times and considered it a place of residence for certain divinities. Air too, invisible and elusive, is steeped in mystery, from spirit to the power of language through the body. It is also said that men and women inscribed their history through song. Vibratos will take place somewhere in Nyon, seeking to find a concrete approach to these two fundamental elements by playing with physical and chemical phenomena. Beyond the scientific experiment, the plastic process operates a subtle mutation that causes amazement; Voices outline a territory and a liquid surface turns into cosmic visions.

about the artist : Visual artist and performer Gwendoline Robin lives and works in Brussels. Since 1997 she has been producing installations and performances, has been carving out an oeuvre situated between sculpture and performance. With the elements of fire, dynamite, glass, and earth, she develops unconstrained, volatile actions that play with fragility and danger. presenting her work at international dance and performance festivals in Europe, North America, Australia and Asia since 2005. For a number of years, Gwendoline Robin has taught at the Académie des Beaux-Arts in Tournai, at ARTS2 in Mons and at La Cambre in Brussels.