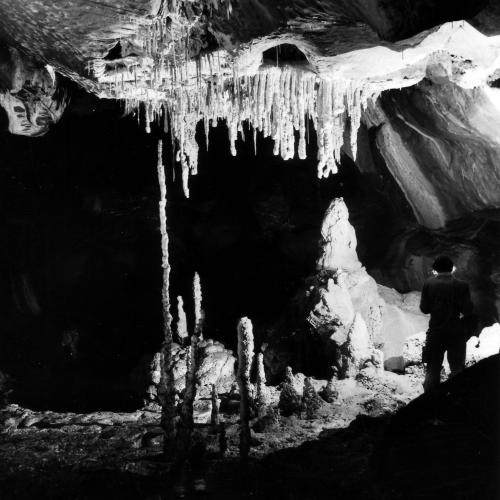 Cave tour with Edurne Rubio, in connection with the performance Light Years Away. Texts echo in the silence and darkness of a mineral world.

“The cave is the only interior space that isn’t built by man. In a cave, you’re lost for references. There is neither day or night, no horizon, no tree… Only gravity and your own body. From prehistoric times to now, human beings have explored caves for spiritual reasons. Entering a cave is a primitive experience, something akin to travelling through time. In Jules Verne’s Journey to the Centre of the Earth, three explorers unsuccessfully attempt to reach the centre of the Earth. Instead, they end up in a subterranean world inhabited by dinosaurs. Who are the ghosts? The dinosaurs from the past or the explorers from the future? Who belongs to the present in this place?” – Edurne Rubio.