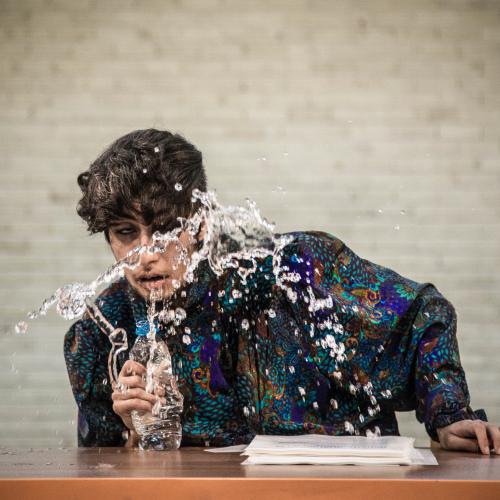 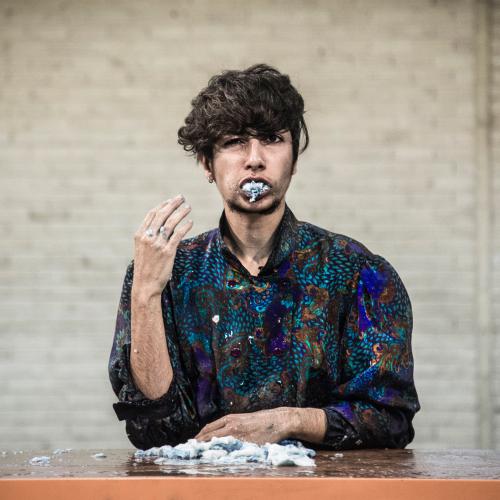 What do you do if you come from a neutral world and suddenly everything has a gender? Iranian dancer Sorour Darabi has his/her own answer. His/her mother tongue, Persian, has neither masculine nor feminine. Since s/he moved to France, s/he had to become familiar with a world in which everything is literally masculine or feminine, with no condition or exception. In his/her mother tongue, jenssiat translates as both "gender" and "matter". When it applies to objects, it describes their materiality. When it applies to living beings, it describes their gender. Thus, in his/her own language, the gender of a table is the wood. And his/her own gender, would that be the skin, the flesh, the muscles, the blood, the capillary vessels, the cells…?

balise 02 – monday august 20th, 08:30 pm and after the performance, cour des Marchandises
meeting and discussion (in french) about Farci·e

biography : Sorour Darabi is a self-taught Iranian artist living and working in Paris. Working actively in Iran, s·he was a part of the underground organisation ICCD, whose festival Untimely (Teheran) hosted their work before their departure for France. During studies at the CCN de Montpellier s·he created the solo Subject to Change, a performance that questions transformation with regards to time and one’s cohabitation with an environment. In 2016, s·he created Farci·e, a solo dealing in notions of language, gender identity and sexuality, at the Festival Montpellier Danse. Their next project, Savušun, an ode to affect, to vulnerability, and to beings who are affected, is inspired by the grieving ceremonies of the Muharram and deals in questions of emotions: grief, fear, and suffering. S·he has been a performer with Jule Flierl and Pauline Brun.