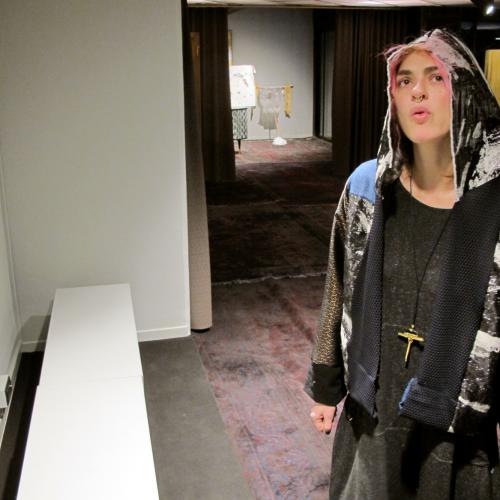 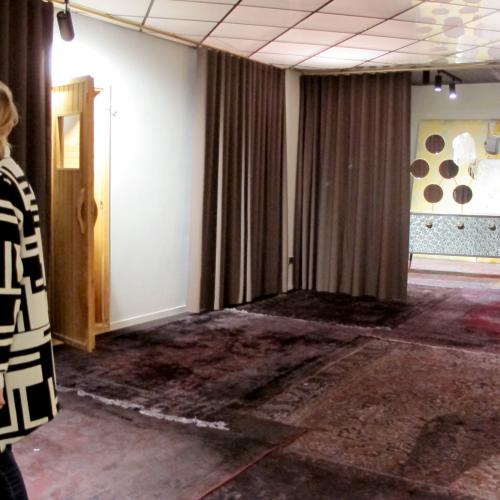 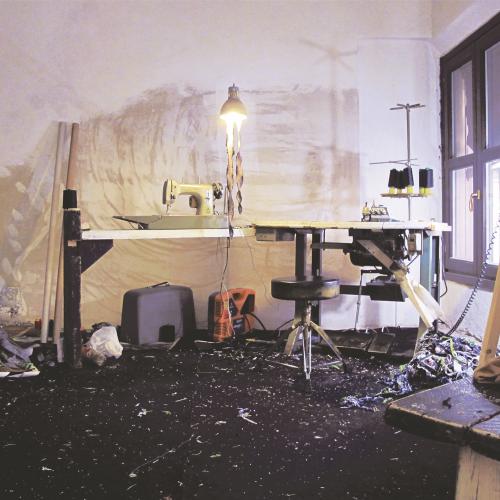 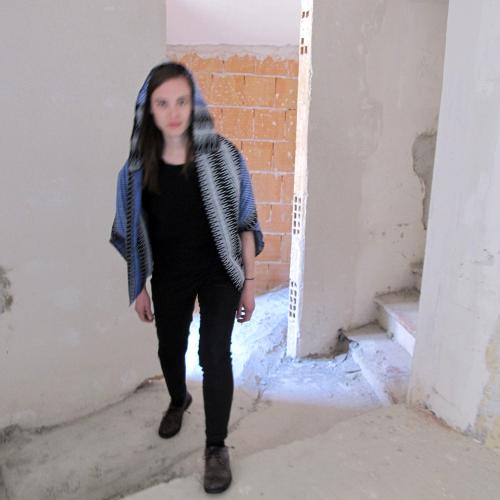 After Bologna and Milan, Caned Icoda has now moved his temporary tailor workshop to Nyon. With his Adagio con buccia III project, he offers individual appointments during which he will create a unique and tailor-made accessory or garment. Adagio con buccia III is a privileged moment in which your meeting with the artist results in a creation that reflects his image of you. Skilfully playing on the relationship between individuality and craftsmanship, Caned Icoda incites you to begin your very own two-hour transformation process…

With your consent, a photo will be taken of you wearing your garment. We are planning to then publish a book that will document the entire Adagio con buccia project, presenting some one hundred creations from all over Europe. All garments are made with fabric from the Italian factory Bonotto

short bio : Caned Icoda is a multi-disciplinary artist who works in music (under the alias Ottaven) and performance as well as fashion and design. He has developed a rich, personally distinctive universe that is constantly changing but always immediately recognisable. A pivotal figure bringing and spreading to Italy several innovative and liminal currents of artistic, stylistic and musical pursuit (we recall, among others, his Piattaforma Fantastica), his experience includes a vast number of projects in cooperation with record labels, non-profit spaces, groups and individual artists both in Italy and beyond. Among his recent collaborations was a performance project by Giovanni Morbin, Il confine è ortogonale al transito, a fashion show that involved performers/smugglers who crossed the Italian/Swiss border at the Simplon Pass near the customs house, a backdrop that provided the ideal runway for a silent border crossing.