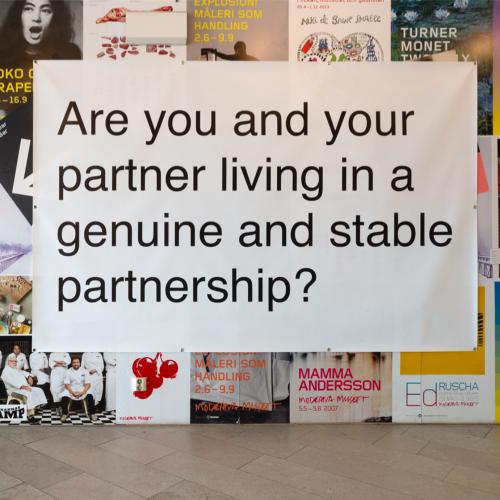 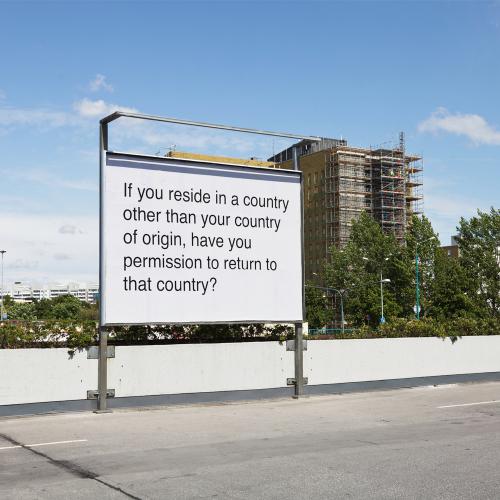 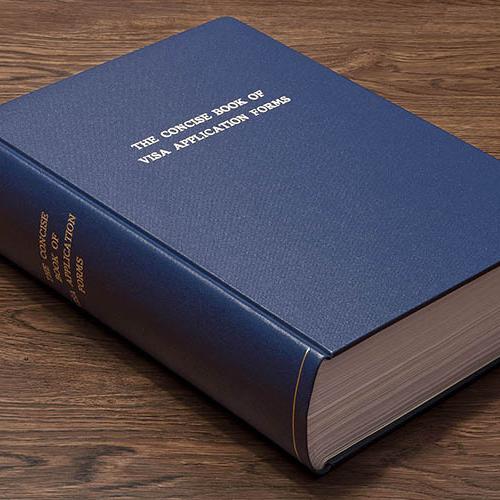 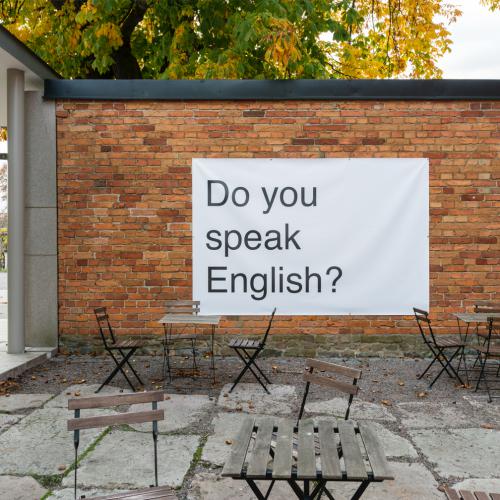 Meriç Algün Ringborg’s works are based on her own experience as a migrant from Turkey to Sweden. Identity, language, personal goods and migration are all themes that suffuse her work. With Billboards, the artist evidences bureaucratic realities with a few questions taken from visa application forms. Taken out of context, these sentences are enlarged and diffused in the public domain, questioning our freedom of movement and bringing to light notions of borders, transit areas and nations.

short bio : Meriç Algün Ringborg was born in 1983 in Istanbul and currently lives and works in Stockholm. The contrasting differences between the make-up of both cities – Istanbul and Stockholm – particularly socially and politically, as well as her movement between the two, play a key role in her practice. Her work concentrates on issues of identity, borders, bureaucracy, language and translation through appropriated and “ready-made” texts, collections and archives. She has explored the Bible as vertical lines of text, never-been-borrowed books in libraries, the bureaucratic language of visa application forms and has even produced a dictionary of all the common words in Swedish and Turkish languages.
Recent exhibitions venues  include A Work of Fiction (Revisited) at Kunstverein Freiburg, Remember Lidice at Edition Block, Berlin and Where do we migrate to at Värmlands Museum, Karlstad (all 2015). Algün Ringborg has exhibited widely in group and solo exhibitions including Marabouparken, Stockholm; MoCA, Detroit; Museum of Applied Arts, Vienna; Art in General, New York (all 2013); CCA Wattis, San Francisco; Witte de With, Rotterdam; Malmö Konsthall, Malmö (all 2012), the 12th Istanbul Biennial (2011) as well as the 14th Istanbul Biennial (2015), the Kyiv Biennial (2015) and the 56th Venice Biennale (2015).