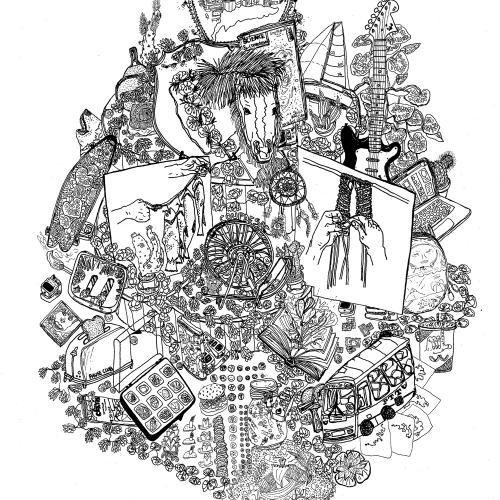 Coupdesac is the result of a two-year collaboration between high school students from Nyon and Chloé Démétriadès – a Brussels-based artist from Nyon and festival faithful. For several years, far° festival has maintained a close relationship with the visual arts department of the Nyon high school, in order to raise their awareness of various approaches to performing arts. Chloé Démétriadès asked students to come up with original ideas inspired by their hobbies, with the aim of creating a ’living object’. Invited by far°, three students expressed their enthusiasm to present their work at the festival. All three projects are linked together through a collective scenography made to look like a small makeshift village. Inspired by her Swiss-German and Singaporean origins, Shan Bill cooks up dishes of her own invention, which you can taste in exchange of a personal anecdote or culinary secret. Kathleen Gallay enjoys hiking. Her work focuses on the concept of a journey, whether in the mountains or through books. Finally, Cleya Pélissier is a video and literature enthusiast. She took two major texts by Gide and Sartre and refashioned them to create an original text, which she plays on stage.