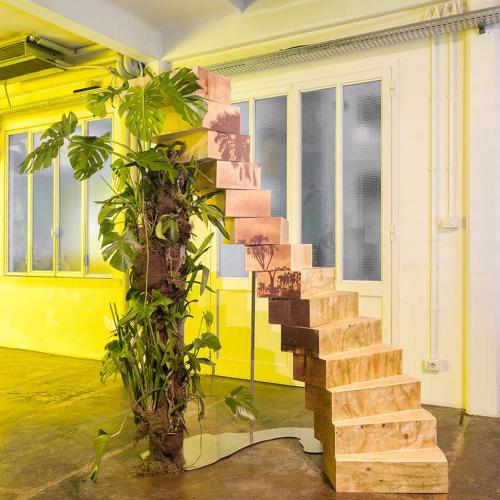 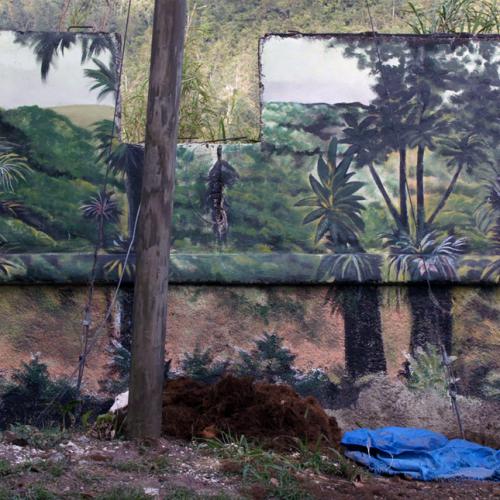 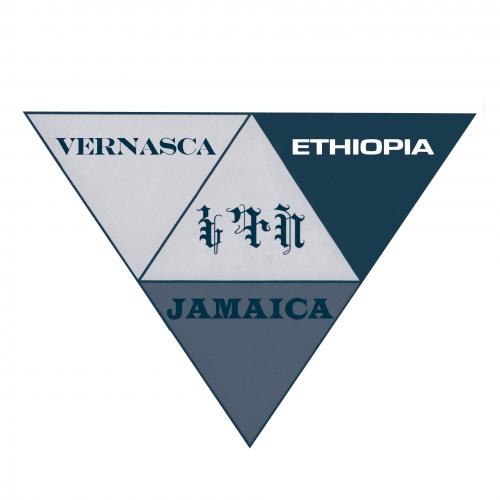 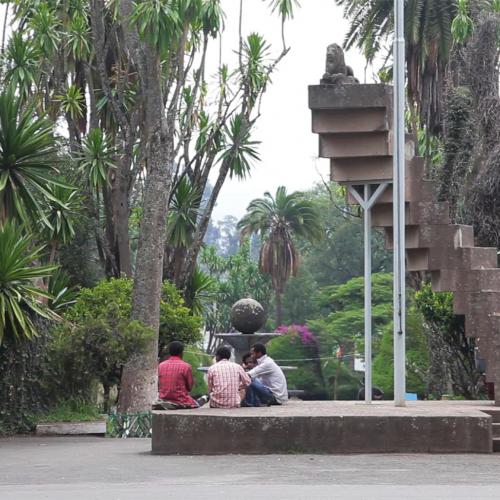 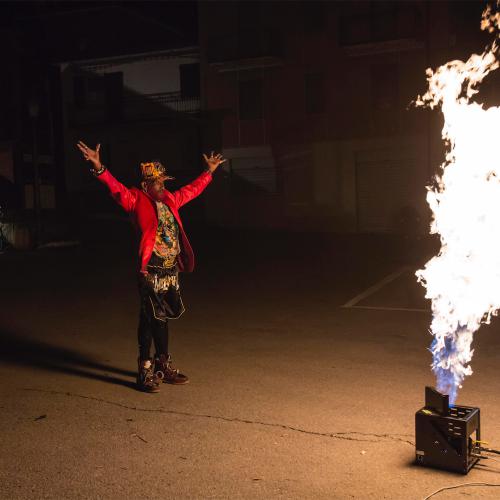 Created by the duo Invernomuto, Negus is a long-term project that brings together history, myth and magic around the figure of Haile Selassie I, the last king (or Negus) of Ethiopia. Simone Bertuzzi and Simone Trabucchi’s approach stemmed from an event for which no record exists, but which was told to them by the residents of Vernasca, their childhood village situated in Northern Italy. In 1936, as the country rekindled its colonial ambitions under the yoke of fascism, effigies of Haile Selassie I were burnt on the main square of Vernasca. The return of a soldier, wounded in the war, became the pretext for this bizarre ritual. At the same time, the Rastafarian movement was emerging in Jamaica and some followers began hailing Haile Selassie I as the new messiah. Between Italy, Ethiopia and Jamaica, Negus – Celebration contrasts these antagonistic realities to freely organise a set of works combining installation, video and performance.

short bio : Invernomuto was born in 2003 from the collaboration between Simone Bertuzzi,and Simone Trabucchi, based in Milan and Vernasca. Although they primarily work in moving image and sound, Invernomuto also integrate sculpture, publishing, and performance in their practice. Bertuzzi and Trabucchi also pursue individual practices in the field of music, performing under the names Palm Wine and Dracula Lewis respectively.