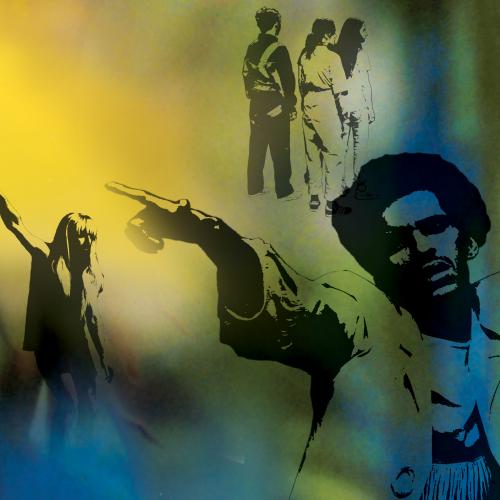 In developing the Communs singuliers (“Unusual Commonalities”) series, launched in the summer of 2020, our intentions were manifold. First, we sought to come up with new configurations to keep performing arts alive during the pandemic. Beyond the sole response to an exceptional situation, the project aimed to deepen our reflection on the practices of the artistic community and our way of working with artists, whether in terms of supporting, producing, hosting or even disseminating their creations. These Communs singuliers have thus unfolded over several months, taking advantage of each step in the relaxation of health measures, moving forward step by step towards the reopening of places to meet and share, which have become so rare. Above all, this series has enabled us to live an adventure that is geared towards new collective and sensory experiences: weaving privileged relationships with artists scattered around the world through epistolary correspondence; questioning the links between art, territory and society in the company of artists and specialists in environmental issues; taking the architectural heritage of Le Corbusier in La Chaux-de-Fonds as a pretext for the creation of a performance spread over several years; revisiting the twinning of the communes of Perroy and Châteauneuf-de-Gadagne (in France) during a gastronomic performance that plays happily with the traditions and specificities of each place1. Playful and participative, more intimate than spectacular, playing with the temporal constraints of such events and setting up in places with no artistic claims, the Communs singuliers seek to redefine the contours of what we call performing arts.

The sixth part of this summer’s Communs singuliers is driven by the desire to echo existing or imagined dynamics between individuals, to reveal from other angles what connects us to each other, and to identify the conditions that make it possible for common horizons, however ephemeral, to emerge. The artists in this new chapter of the far° festival are the instigators of a movement that encourages everyone to become co-creators of the works, to consider urban and rural territories equally as spaces for the production of meaning. From Nyon and its region to the peaks of the Val d’Anniviers in Valais, the Communs singuliers#6 turn artistic experience into an ingenious way of blurring boundaries, tirelessly renewing, in a festive spirit, the coordinates of encounters.