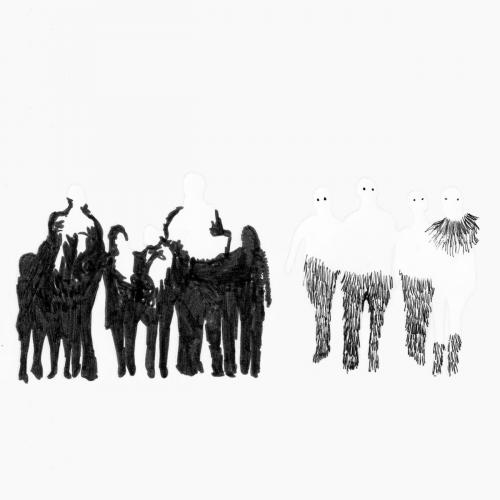 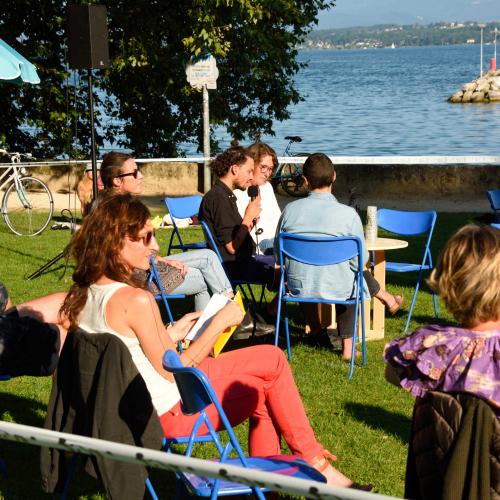 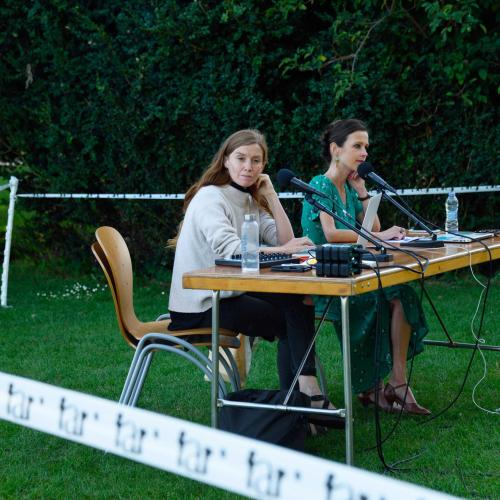 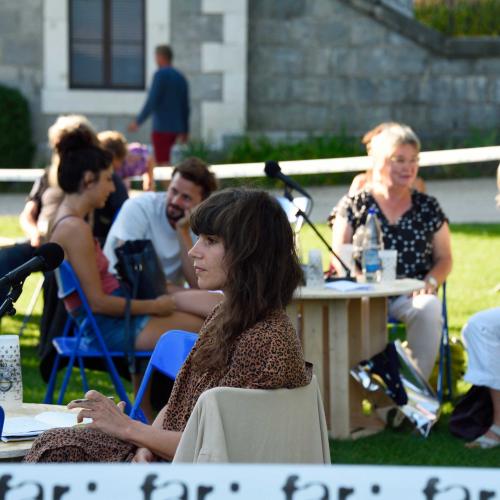 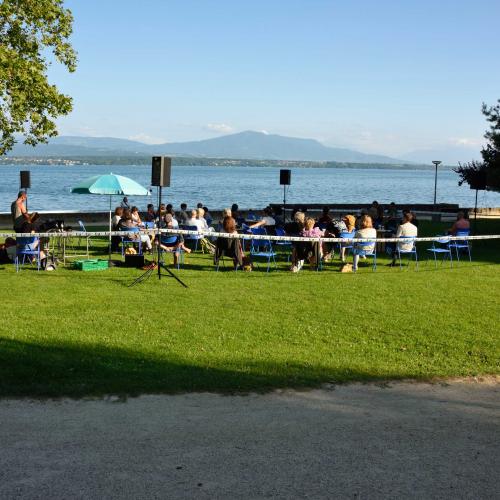 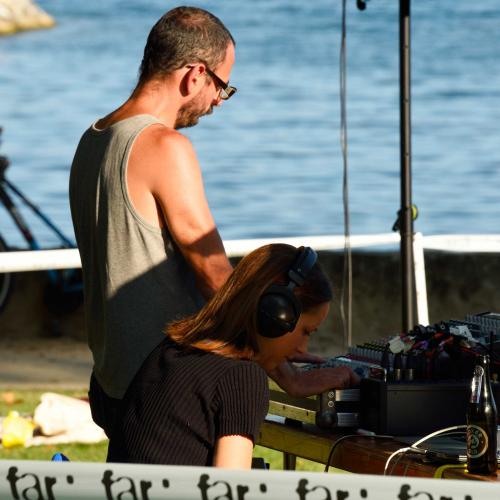 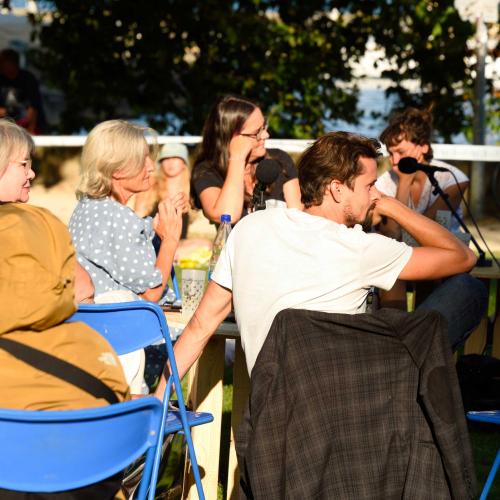 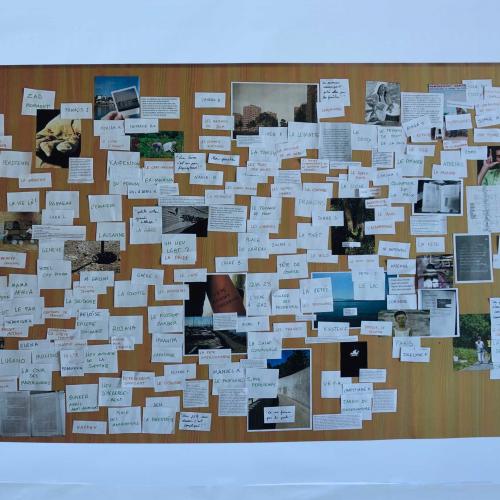 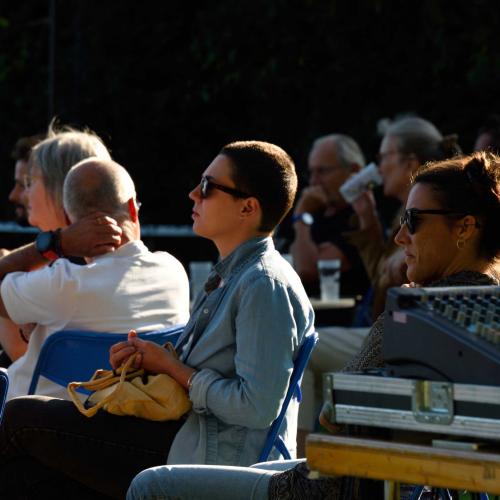 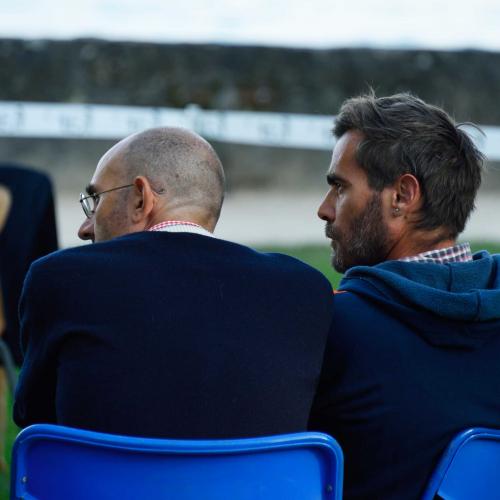 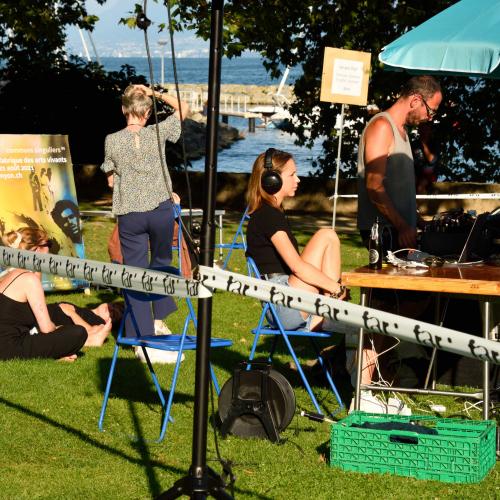 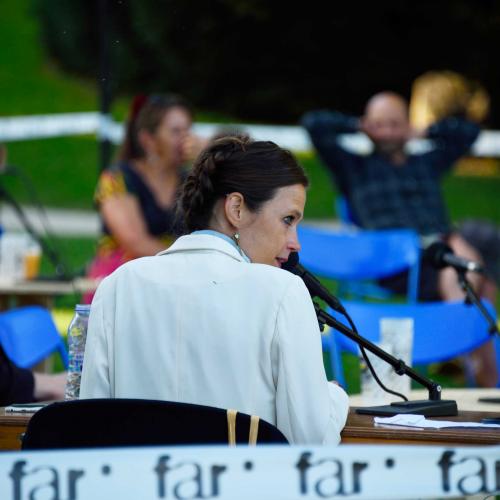 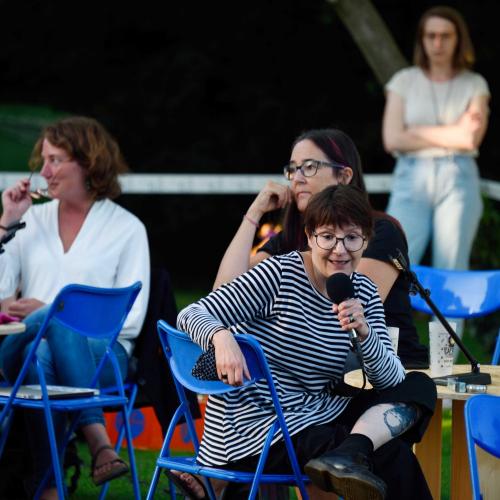 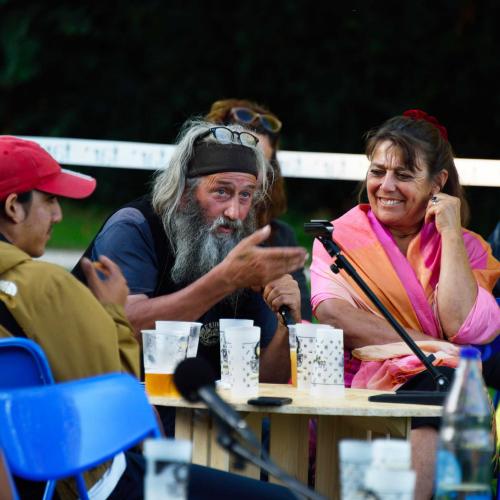 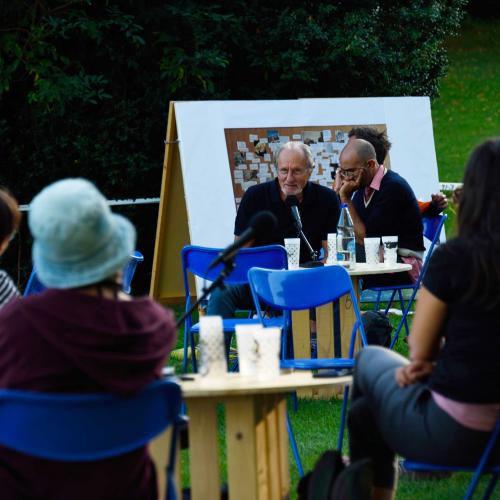 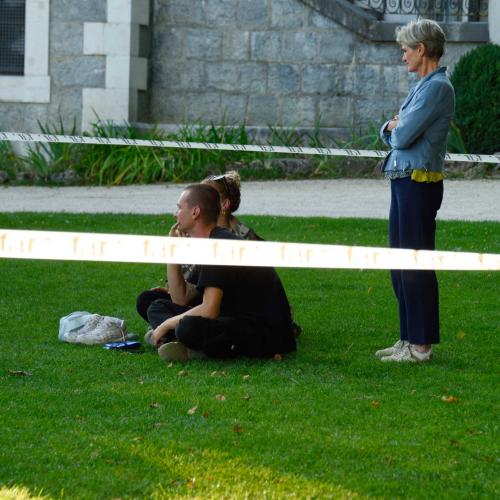 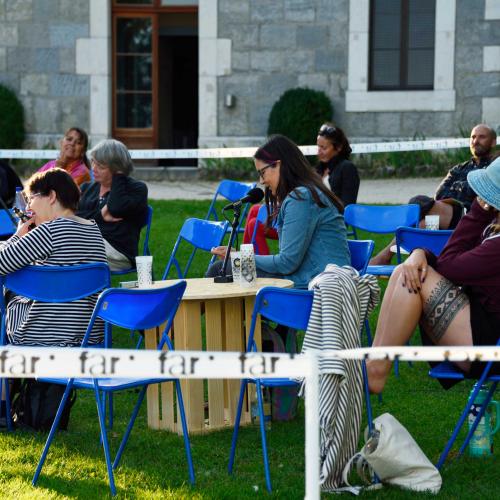 You can follow the show live in the garden of Conservatoire de l'ouest vaudois (COV)
and online on Reïdyo.

In the spring of 2020 the kom.post collective met (remotely) people living in the Nyon area in order to get to know the city’s cartography/choreography that the residents themselves develop based on their own “point of life”. In response to the hazards of the health crisis, the modalities of what we call “meeting” have been redistributed. What the artists were supposed to physically encounter, somehow “phantomized”, although this revealed other dynamics in their shared voices and memories. While presence and gestures came to be missed, new attentions emerged like carefully listening to those whose voices are covered by the noise of ordinary life: staff in supermarkets, caretakers, caregivers, and even the birds. Postponed twice, the project is being presented this summer in the form of a public radio broadcast and workshops with the collective.