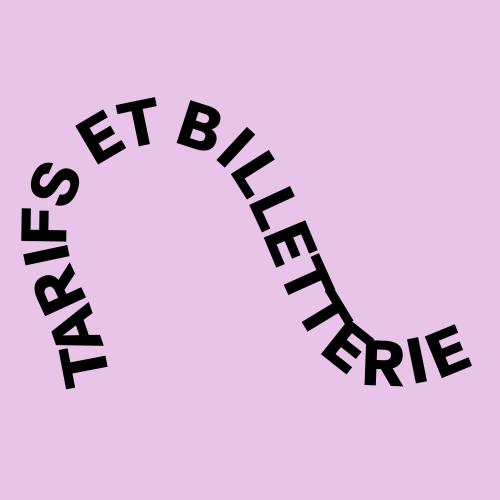 You can buy your tickets or pass on our website far-nyon.ch. The drink tokens included in the Passe ce soir! pass can be collected at the ticket office during opening hours. The far° ticket office, located in cour des Marchandises, is open every day from 10 to 20 August, from 2pm.

Free seat prices
You can support far° by choosing the price of admission to the shows according to the following options :
Sympa CHF 15.–
Super CHF 20.–
Sensass CHF 30.–

Free for accompanied children up to 10 years old.

Passe ce soir ! – pass valid for one evening, drinks included CHF 30.–
The Passe ce soir ! pass gives access to two shows on the same day / night and includes a free drink. When you buy your pass, you will be given a token at the ticket office, which you can exchange for a drink at the bar, during opening hours and throughout the festival.

Passculture
far° is a partner of the Passculture programme. Thanks to a special operation of the Canton of Vaud, students attending schools affiliated to Passculture benefit from free tickets for the entire festival.

Région de Nyon – benefits (avantages loisirs)
The Region de Nyon rewards those who go to cultural and leisure sites without a car. It offers special deals for people who use public transport or bicycles. The Region de Nyon contributes to 50% of your ticket. To book your ticket directly on the Region de Nyon website, click here !
How it works: vouchers can be exchanged at the ticket office from August 10 to 20 (opening at 2pm). Please show your voucher obtained via the link below as well as a valid ticket (or bicycle helmet) and you ID card.

Lost or stolen tickets are not replaced. Access to theatres is not guaranteed after the official start time of the performance.